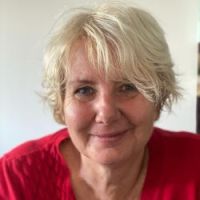 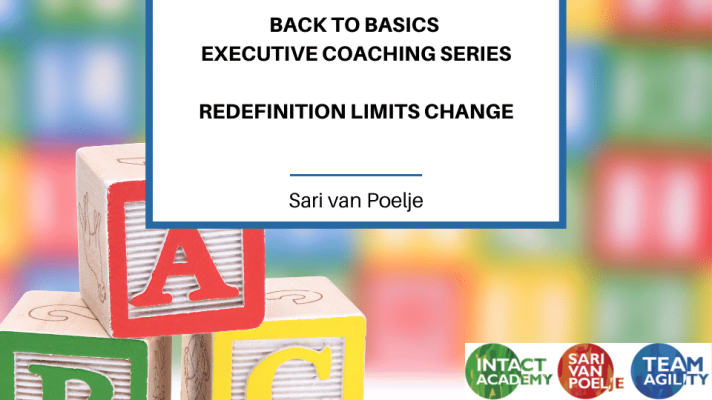 My name is Sari van Poelje and I’m an expert in business innovation. I’m the director of two businesses. One is called the Intact Academy where I train coaches and consultants from absolute beginners to supervisor level. The other business is Team Agility where I help businesses innovate their business more quickly than their products. I train coaches and consultants to be able to do this work, and for that, I use transactional analysis.

We’re doing a series of videos on transactional analysis and how that helps leadership and coaching. We just talked about the five ways people maintain their own stories. , Let’s talk about redefinition first.

Redefinition is when you distort your perception of reality to fit your own reality and your own story.

Sometimes you see that in management, for example, when discussing a problem in a process and someone responds with a problem with a person. The whole conversation shifts to why, which is a competitive invitation instead of an invitation to solve the problem. These are all examples of redefinition, and before you know it, your conversation has tangentially moved to a different subject, a different object and a different space and time, and you end up with no problem solving.

Redefining is a way in which you translate the reality to fit your own reality. We do that through through behaviour, and we redefine internally.

The internal mechanism by which you can redefine your reality occurs in three ways:

Whenever people redefine by discounting, showing grandiosity, over-detailing or over-generalizing they are probably also showing up externally with gamey or scripty behavior.

There are four ways we can see that you’re redefining on the outside, and that’s through your passive behaviours.

Some leaders may mistakenly see this as a demonstration of their authority. If I were a leader and people say yes all the time and never question what I do, I’d start to question my own grandiosity. Just imagine if people over-adapt to you all the time as a leader, they’ll never be able to solve problems on their own. And that means they’re dependent on you. Which means that every time you turn your back or you leave, all the problems will still be there because you’ve never helped them to get out of there over adaptation to solve their own problems.

In my personal coaching of relationships in teams I noticed that when people start to talk about unresolved  issues sometimes one of the partners gets starts blaming the other person, or starts blaming life. They can get quite aggressive about that. That’s one of the passive behaviours that keeps you in a pattern where you’re discounting, grandiose or over detailing in which you cannot face the reality of the here and now and actually solve your problem.

Incapacitation is the flip side of violence. Violence is when you are overactive, and incapacitation is when you’re under active. For instance, people might get sick. Of course, people do really get sick, but sometimes people incapacitate themselves because they feel overwhelmed. I had one employee who every time I asked or something for an international project – which would extend her and challenge her to to to grow – she would get sick. At first I tried to give her more support because I thought she didn’t feel protected enough. But I realized after a while that every time she was challenged, she found a way to withdraw. Having a conversation about this pattern is then important.

So there are five ways people keep the past in the present and not in the here and now problem solving mode.

When you see any of these behaviours, when you’re a leader or coach, you know that people are not in a state to solve any problems. There’s something you have to do to get them into their Adult ego state before you can start problem solving.